WHY I EMBRACE TO ISLAM

Why i embrace to islam 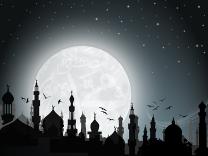 Most non muslims are of the opinion that following any religion will lead to salvation. The Qur`an clarifies on the most common questions asked by them.

Allah says: { Oh, you people! Worship your Lord Who created you and those before you that you may become pious, God-fearing }The Holy Qur’an, Chapter 2, Verse 21

Allah has commanded us to worship Him. But some might ask: Why can`t I worship Him as a Jew, or a Christian, or Hindu or a Sikh? Why can`t I worship Him according to my own personal preference? Allah answers:{ Verily, the Religion with Allah is Islam: Nor did the People of the Book dissent therefrom except due to envy of each other, after knowledge had come to them. But if any deny the Signs of Allah, Allah is swift in calling them to account } The Holy Qur’an, Chapter 3, Verse 85.

And He, Most High says: { Today, I have perfected for you your Religion, completed My Favour upon you, and have chosen for you Islam as your Religion } The Holy Qur’an, Chapter 5, Verse 3.

Thus, Allah, the Creator and Sustainer of the Universe has made it plain that the only religion acceptable to Him is Islam. And it is the only way to achieve success and felicity in the Hereafter. Allah says: { To those who reject Our Signs, and treat them with arrogance, no opening will there be for them of the Gates of Paradise, nor will they enter Paradise until the camel can pass through the eye of a needle: Such is Our Reward for those who sin } The Holy Qur’an, Chapter 7, Verse 40.

But weren`t Abraham, Ishmael, Isaaq, Jacob and the other Old Testament Prophets Jews? Wasn`t Jesus a Christian? Allah says: { Or do you say that Ibraaheem, Ismaa`eel, Ishaaq, Y`aqoob and the tribes were Jews or Christians? Say: `Do you know better than Allah?`} And He, Most High says: { When `Eesaa found unbelief on their part, he said: `Who will be my helpers to [the work of] Allah?` The Disciples said: `We are Allah`s helpers. We believe in Allah, so bear witness that we are Muslims } The Holy Qur’an, Chapter 3, Verse 52.

“But,” it might be said, “I follow the religion of my parents. It would be a dishonour to them for me to adopt another religion.” Allah says: { When it is said to them: “Follow what Allah has revealed,” they say: “No! We shall follow the ways of our fathers.” What! Even though their fathers were devoid of wisdom or guidance? ] The Holy Qur’an, Chapter 2, Verse 170

“But my family and friends will be angry with me.” Isn`t it better that they be angry with you, than that Allah be angry with you? He, the Almighty, the All-powerful says: { In the name of Allah, Most Beneficent, Most Merciful: All praise be to Allah, the Lord of the worlds, the Most Beneficent, the Most Merciful, Owner of the Day of the Judgement, it is You Whom we worship and Your Aid we seek, guide us to the Straight Path, the Path of those upon whom You have bestowed Your Grace, not those upon whom is [Your] Wrath, nor those who are astray } The Holy Qur’an, Chapter 1, Verse 1-7.

You should realise that on the Day of Judgement, everyone will be held accountable for his deeds.”

Ibn Katheer, the great Muslim scholar of tafseer (explanation of the meanings of the Qur`an), says: “Those upon whom Allah has bestowed His Grace are those who worshipped and obeyed Him from amongst the angels, the Prophets, the Believers and the righteous ones.” And concerning those upon whom is Allah`s Wrath, he said: “(They) are the Jews.” And concerning those who are astray, he said: “They are the Christians.”

You should realise that, on the Day of Judgement, everyone will be held accountable for his deeds. None will be excused and none will be able to blame others for leading him astray. Allah says: { And behold! Allah will say: “Oh, `Eesaa, son of Maryam! Did you say unto men: “Take me and my mother for two gods beside Allah.”? He will say: “Glory be to You! Never could I say what I had no right [to say]. Had I said such a thing, You would surely have known it. You know what is in myself, although I know not what is in Yours. For You know in full all that is hidden. Never did I say anything to them except what You did command me to say, to wit, “Worship Allah, my Lord and your Lord.” } The Holy Qur’an, Chapter 5, Verses 116-117.

And the Prophet has informed us that on the Day of Judgement, when the Prophets are asked to intercede with Allah, all of them will refuse, saying: “Myself! Myself!”, except Prophet Muhammad(pbuh) who will intercede on behalf of the believers. (Narrated by Al-Bukhaari)

So clearly, on that Day, you will be alone: Neither your parents nor your friends nor those whom you worship beside Allah will be able to help you at all. All of them will be in a state of fear and trembling. Allah says: { That Day, shall a man flee from his own brother, from his mother and from his father and from his wife and children. Each of them that Day will have enough concern [of his own] to make him indifferent to others } The Holy Qur’an, Chapter 80, Verses 34-37. So be prepared for that Day, for it may be nearer than you think; Allah says: { Verily, they see it [the Day of Judgement] as far distant, but We see it as [very] near. The Day that the sky will be like molten brass, and the mountains will be like wool, and no friend will ask after a friend, though they may be put in sight of each other } The Holy Qur’an, Chapter 70, Verses 6-11.

Islam is an Arabic word which means peace, purity, acceptance and commitment. The religion of Islam is the complete acceptance of the teachings and the guidance of God, (i.e. surrender to the Will of Allah) … Read More

Concept of Allah (God) in Islam

Allāh) is the standard Arabic word for “God”, derived from al-ilah, the God. The term is best known in the West for its use by Muslims as a reference to God. Arabic-speakers of all faiths, including … Read More

A short introduction of Muhammad (P.B.U.H)

Muhammad (pbuh) was the last and final prophet of Islam chosen by Allah most gracious. He is unmistakably the most historical prophet in history. There is no doubt that he ever existed. But in this day in age; rather than being … Read More

Fay Weldon has described the Qur’an as “food for no- thought. It is not a poem on which a society can be safely or sensibly based. It gives weapons and strength to the thought-police – and the thought-police are easily … Read More

Shahada is the declaration of faith, i.e. the professing that there is only one God (Allah) (monotheism) and that Muhammad is God’s messenger.[9] Kalima is a set statement normally recited … Read More

We created you from a single (pair) of a male and a female, and made you into nations and tribes, that you may know each other. Verily the most honored of you in the sight of God … Read More

This is the biggest misconception in Islam, no doubt resulting from the constant stereotyping and bashing the media gives Islam. When a gunman attacks a mosque in the name of Judaism, a Catholic … Read More

Greet you in the same manner as Jesus (pbuh) greeted in Hebrew Luke 24:36 Sholam alay kum’ or Islamic greeting in Arabic Assalaamu alai kum both meaning ‘Peace be on you’ … Read More

Why i embrace to islam?

Most non muslims are of the opinion that following any religion will lead to salvation. The Qur`an clarifies on the most common questions asked by them … Read More